As the problem with medical drugs escalate and gain notoriety, people are looking for natural alternatives to antibiotics and other health care solutions. Antibiotics have enjoyed a good run for their money, and have often been heralded as a super drug. Certainly they have had an influence on the world, but has it been a positive one? 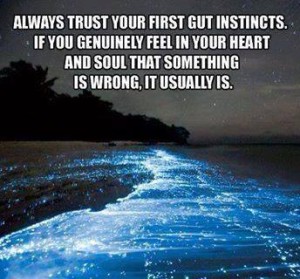 Antibiotics are usually prescribed for every problem. It’s rare for someone to come away from a medical appointment, without a prescription for antibiotics. Even when the problem is unknown. Even when it is known that they will have no effect, such as with a virus. And farm animals, or rather factory farm animals, are fed antibiotics permanently.

I won’t deny that there may be times when antibiotics are needed. But this massive over use is not doing people, animals or our planet any good.

What else can you do?

First let’s look at the claimed need for antibiotics. If you succumb to a bacterial infection, your body makes more bacteria than is healthy. This doesn’t mean the bacteria is at fault. It means that your body is responding in the only way it can at that time.

It may be judged as an unhealthy way, but in reality, it may be doing you a service.

When your body is unable to fend off proliferations of pathogens, such as bacteria, it means your immune system is poor. This could be as a result of a poor diet, bad living conditions, unresolved and ongoing emotions (such as unhappiness, fear, anger), lack of sleep, distress at work, or any number of such unhealthy areas.

It’s a wake up call. What are you doing that is harming you? Change it!

Bacteria is important to your survival. You cannot live without them. When you take antibiotics, even once, they lower your immunity and set up problems for the future. Gut problems are usually the first to appear as a healthy gut can only operate in a balanced bacterial medium, which is badly upset by antibiotics.

On your quest for natural alternatives to antibiotics, reconsider the need for a way to kill off bacteria and consider instead a need to allow your body’s immune system to work so efficiently that a proliferation of bacteria cannot happen. Work on making sure you have a healthy immune system.

Apart from taking responsibility for your health, by addressing the areas already mentioned, it is possible to help strengthen your immune system by treating all your ailments with homeopathy.

Homeopathic treatment does not try to kill off any pathogen. It is not at war with your body. Instead, it fully respects the efforts your body may be taking, albeit sometimes struggling to. Homeopathic treatment honours your body as a whole. Your lung bacterial infection is connected to every other part of you, so why treat it differently? You are the problem, not the bacteria.

Homeopathy is probably the safest and most effective natural alternative to antibiotics. It is far superior to antibiotics as it treats the cause of the problem, rather simply the effect. It does not harm you. It is not tested on animals. It does not harm the environment. Each successful treatment raises your immunity another notch.