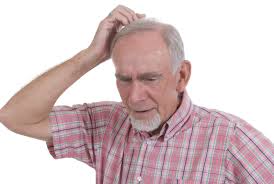 The thought of growing old and losing your golden years to Alzheimer’s is frightening, but most of us can avoid that fate. A new study has found a clear connection between Alzheimer’s and Vitamin D levels in the blood. You can lower your risk of developing dementia by simply getting out in the sun and throwing the sunscreens away.

The advice you’ve gotten over the last decades from modern medicine—to stay out of the sun and if you must go out, then slather yourself with sunblockers—is among the worst things they’ve done to us. It’s likely one of the primary reasons that Alzheimer’s has become almost the norm for people as they age.

Titled Vitamin D, cognition, and dementia, A systematic review and meta-analysis, this study published May 2012 in Neurology compared the results of Mini-Mental State Examination (MMSE) scores and blood levels of Vitamin D in people.  They found that lower levels of Vitamin D were associated with lower cognitive ability.

Another recent study published in the Journals of Gerontology in March 2012, Higher Vitamin D Dietary Intake Is Associated With Lower Risk of Alzheimer’s Disease: A 7-Year Follow-up, followed 498 women for 7 years. They found that women with lower intakes of Vitamin D at the beginning of the study were more likely to develop Alzheimer’s.

In the journal Neurobiology of Aging, published in August 2012, Vitamin D receptor and Alzheimer’s disease: a genetic and functional study documented the connection between inadequate systemic Vitamin D and the development of Alzheimer’s.

You have a couple of realistic choices in obtaining adequate Vitamin D to help avoid Alzheimer’s. One is to take pills. That, of course, is not the natural way to do it. It also may become next-to-impossible soon as regulating agencies start to crack down on vitamin potencies. Since 400 IUs a day is officially considered adequate Vitamin D intake, in the face of research that clearly shows our needs are better measured in thousands of units, relying on pills could become a dangerous tactic.

However, the sun is still available—and it’s free! You can obtain doses many times the inadequate official recommendations by getting out and exposing some skin for just a few minutes a day. Better yet, combine that time with some sort of exercise. Walking in the sun accomplishes two health benefits at one time. Why not do it?

In fact, there’s no connection between sun exposure and melanoma, other than for people who get serious sunburns. This article won’t focus on studies that document it, but Gaia Health has covered the topic in Suntans Have Nothing to Do with Cancer, But Most Sunscreens Do and Sunlight—Required Nutrient, Not a Health Risk, among others.

So get outside and get some rays! Just don’t get burned.

But that’s not the only bad advice that’s gone along with the idea of staying out of the sun. The other part of that advice, to slather your skin in sunblocking lotions, could very well have something to do with the massively increased rate of cancer over the last decades—including melanoma. Aside from blocking the benefits of the sun, most sunscreens contains cancer-causing ingredients, which your skin soaks up and spreads around your body.

Unless you must be in the sun in a manner that will cause you to get burned, then you are better off simply skipping the sunblock lotions. You’ll increase your chances of having good health in mind and body if you get out and catch some rays.

If you can’t readily get out into the sun, then sunbooths can be a good source of vitamin D.

While you’re at it, stay away from anxiety drugs. On 27 September 2012 the BMJ published Benzodiazepine use and risk of dementia: prospective population based study,  which found that people who take benzodiazepines, such as Valium, can be more than twice as likely to develop Alzheimer’s.

Benzodiazepines have now been shown to increase the chance of Alzheimer’s disease. Considering the fact that these drugs are effective for only a short time, then become so addictive they can be pure torture to get off, do you really want to risk developing Alzheimer’s in exchange for a short period of time anxiety-free? Besides, if you’re suffering from anxiety, what could be a better way of dealing with it than getting out in the sun and getting some exercise?

Make sure you get your natural vitamin D – Ed