Most doctors feel that the use of anti-depressants in pregnancy is perfectly safe. And many mothers may well feel that the use of these drugs is preferable to how they felt before. However, no drug comes without its adverse effects. And the impact is magnified many times when this concerns a growing being. 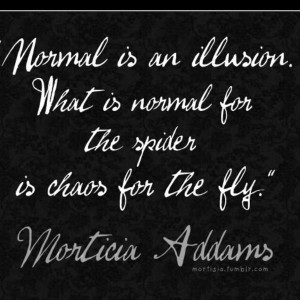 Depression is a very vague word used to describe feeling low. Most of use have periods of feeling low, but are usually able to pick ourselves up. However, the more often this happens, the more difficult it becomes.

There are many and varied reasons for feeling low chronically, or being depressed. But the core reason may be much simpler.

All beings have an ability to cope with life naturally, either instinctively or from the teaching of their parents. A cat learns how to hunt from the mother’s teachings, as asset essential to survival. A foal knows instinctively how to eat grass, when they are old enough. A joey kangaroo will only venture out of the pouch when mature enough to move around independently and not be easily caught and eaten.

These traits are inherent in every being, for survival. However, in human society, often these are either not encouraged or are actively discouraged.

A classic example of this is lying. Parents lie all the time, to each other, to their children, to their friends. It has become an accepted part of modern day society. Governments lie. Industry lies. A growing child is perplexed by this, especially when they are then chastised for lying themselves.

Instead of empowering the child, human action disempowers them. They are force-fed often erroneous information. Instead of learning of the power within, they become reliant on ‘the system’ giving them all the answers. They get into less trouble this way.

So the child grows up feeling split. They are at odds within – one thing feels right, but they are forced to do the opposite. Many learn to adapt, silencing their instinctive part, but an increasing number are not able to. The is leads to a variety of health issues, including depression.

But the instinctive answers within, to such questions, have long ago been silenced. So now they are reliant on external ‘experts’.

There is an inherent problem when you rely on external knowledge rather than your own instinct – it may be good for most people, but you may be the odd one out. Instinctively, we all know what is good for us, and conversely what is not.

There are many ways to overcome depression. And the best time is before you plan your family. However, often it is only during pregnancy that a woman starts to question what her anti-depressants may be doing to her unborn child.

There are natural, effective and very safe methods to treat depression. Homeopathic treatment for depression works at restoring balance to mind and body, to restore your natural ability to tap into your instincts, to empower you to appreciate the amazing being you are.

You’ve started the journey, by being concerned. Now further your travels, by getting safe (and permanent) resolution to this debilitating ailment.