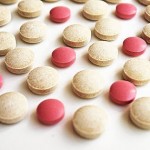 Why Antibiotics Today Could Threaten Your Life Tomorrow

Contrary to the opinion of the conventional medical establishment, there is no free lunch when it comes to antibiotics. Doctors for the most part are still handing out prescriptions like candy to their patients despite the continuing and growing problem of antibiotic resistance.

There is now a strain of tuberculosis (TB), the scourge of the last century, that is completely resistant to all antibiotics.  Doctors have nicknamed this TB strain “TDR”  for Totally Drug Resistant.  As of January 2012, a dozen patients in India were infected with this TB superbug.

The problem with Methicillin-resistant Staphylococcus aureus (MRSA) infections continues to expand with babies and children representing a large chunk of the cases.  I’ve been contacted by more than one young mother recently who was beyond desperate to resolve a MRSA infection in her child – an infection which was resisting all conventional treatments like antibiotics.

Beyond the problem of antibiotic resistance, however, are the long term effects of even a single round of antibiotics.  The expectation in the health community that you can just fix the damage with probiotics and/or fermented foods and that gut flora magically returns to normal seems to be far from accurate.

Evidence is now emerging from multiple sources that gut flora may actually be permanently altered by drugs or, at the very least, the damage persists for several years.

Gut Damage from Antibiotics Persists for Long Periods of Time

The Journal Microbiology reports that the generally acknowledged precept that use of antibiotics only causes disruption of the gut flora for a few weeks is highly flawed.

Gut flora does not quickly return to normal after a round of antibiotics.

Even a short course of antibiotics can lead to resistant bacterial populations taking up residence in the gut that persists for up to 4 years – maybe even longer.

As a result, researchers are urging prudence and restraint in the use of antibiotics in order to prevent treatment failure for patients that have resistant bacterial populations still residing in their intestines from previous courses of antibiotics.

What this means is that taking antibiotics today for an illness that is not life threatening may in fact lead to a growth of superbugs in your gut that could actually threaten your life down the road and prevent antibiotics from working for you when you desperately need it.

Could Damage to Gut Flora Be Permanant?

Dr. Martin Blaser MD of New York University’s Langone Medical Center who writes in the August 2011 edition of Nature, has this to say about damage to gut flora from antibiotics:

Early evidence from my lab and others hints that, sometimes, our friendly flora never fully recover. These long-term changes to the beneficial bacteria within people’s bodies may even increase our susceptibility to infections and disease. Overuse of antibiotics could be fueling the dramatic increase in conditions such as obesity, type 1 diabetes, inflammatory bowel disease, allergies and asthma, which have more than doubled in many populations.

As evidence, Blaser goes on to say that infections with H. pylori, the bacterial cause of ulcers, has plummeted in recent years.   H. pylori, as it turns out, is very susceptible to the same broad spectrum antibiotics used to treat children’s ear infections and colds which are doled out without much thought at most pediatrician offices.

Shockingly, the majority of children routinely receive up to 20 courses of antibiotics before the age of 18.   In addition, between one third and one half of pregnant women receive antibiotics during pregnancy.  The high C-section rate is also a contributing factor as surgical birth negatively affects the composition of gut flora in children as they completely miss out on exposure to Mom’s friendly bacteria as they travel through the birth canal.

This is a lot of antibiotic exposure for our younger generations and the implications for those children who don’t acquire H. pylori due to excessive antibiotics appear to be dramatic with a higher risk for both allergies and asthma.

Blaser’s research group has also observed that lack of H. pylori in the human body affects the production of ghrelin and leptin, 2 hormones that play a factor in weight gain.

Preservation of the MicroBiome

The composition of a person’s microbiome, not only in the gut but also on the skin and everywhere in the body, has huge implications to long term health.    Altering this balance with antibiotics not only negatively affects the variety of bacterial species present but also promotes the retention of resistant bacteria in the gut for up to 4 years and perhaps far longer.

Preservation of your personal microbiome is critical and affects not only your health but the health of your children as parents bequeath their microbiome to their offspring.

“Each generation … could be beginning life with a smaller endowment of ancient microbes than the last.”

If Dr. Blaser and the other researchers are correct, it seems that people need to guard their microbiome from the assault of antibiotics in the same manner that they protect their home and possessions with locks on the doors.

If your illness is not life threatening, skip the antibiotics even for something like strep which even WebMD admits will almost always resolve without drugs or complications.  The risk to your future health is just too great otherwise.

It can be hard not to do anything, especially when the patient is a child. Homeopathy offers you so much more than treating infections. Check it out here. Ed

Is Bacteria Really The Bad Boy On The Block? 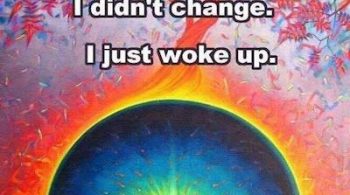 Is Bacteria Really The Bad Boy On The Block?

Infection Misdiagnosis – How To Help Yourself

Infection Misdiagnosis – How To Help Yourself

Homeopathy helped me to live a normal life

Homeopathy helped me to live a normal life