There are far too many attempts to try to mold people into faceless, compliant bio robots. This has dire consequences on your natural abilities and on your health, because it sets up an inner conflict. By learning to always be yourself, no matter what the consequences, you touch undreamed of abilities that can carry you beyond what is considered normal. 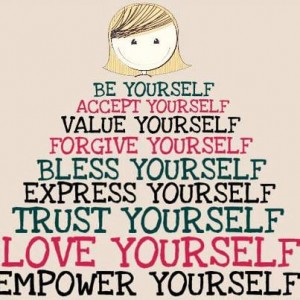 The attempts to mold the people of the world comes from many quarters, but almost inevitably from groups – your family (parents, siblings, extended, even your adult children), your religion, your work, your culture, even your government. Some of it is healthy and does help to protect you. Humans are a herd animal and they seek to be part of the herd.

Herd animals have adapted to live in large groups for their own safety, mostly against predators. A herd of gazelles or zebra suffer fewer losses to their predators if they are in a herd. This is especially true if they have a strong and knowledgeable leader who knows the safest places, the best grass, etc.

But being a herd animal does have its drawbacks. In many ways you need to conform to the majority rather than to seek your own individuality. For example, you may need to follow a leader.

In any event, a healthy herd mentality will always allow the individual the right to express themselves. The right to explore who they are, their need to understand their position in life, in the herd. This is why mothers of the young allow the infant to do anything (including biting and kicking her), until a certain age. Then she starts to discipline.

By this time the young one has discovered himself, but now needs to learn herd rules. They are healthily independent, but now need to appreciate the importance of the herd.

Let’s examine how this can be understood in a human context.

In human relationships, I like to use the analogy of 1 + 1 = 3. In other words, by pairing up with someone, your existence is enriched more than it would otherwise be. That’s the ideal relationship. Sadly however, 1 + 1 often just makes 2, so there is little point is staying together. But worse, 1 + 1 can sometimes equal 1; either one or usually both partners are worse off because of the relationship.

Parents, siblings and members of the extended family can feel uncomfortable if you are too much of an individual, if you ‘rock’ the perceived value of the boat. So they may try to dissuade you from being your true self. Psychological tactics such as guilt are common and effective measures that are often brought into play.

Take this further. Larger groups, usually those who have no altruistic intents, often try to monopolise your choices. Do you ever feel presssurised into making a decision that goes against what you believe in? If so, you may like to ask yourself a question – what’s in it for them? Certainly there will be nothing in it for you.

Take control! Start to explore who you are and what you want! Learn to be yourself! If necessary, let those relationship go that don’t nurture you, that don’t support your right to be you. That’s not just personal relationship, but larger groups, too. There are no experts out there. The only expert is within you.

Those who live true to themselves are healthier and happier. Some consider this selfish, but that is a myth, because you are in a much stronger position to help others when you have discovered how to help yourself. 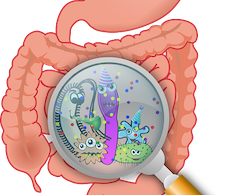