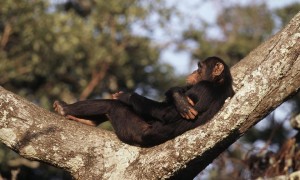 Although some people find it comforting to have a name given to their condition, in reality it has no bearing on the outcome. Diagnosing a condition, or giving it a name, is confined to medical circles. This is because it is then easy to prescribe a particular drug that the pharmaceutical companies have deemed as suitable.

This makes doctors lives much easier, something they seek when they only have a six minute time slot to fix you.

This is not how homeopaths work, however. Apart from taking much longer to assess the problem, we are looking for your personal symptoms and how you arrived at them, not the common ones to the diagnosis.

Although doctors say they don’t know the cause of CRPS, some attribute it to come from the highly toxic environment that we now live in. The air is polluted with the ever increasing exhaust fumes of vehicles and factories. The food we eat is polluted with pesticides, insecticides and synthetic fertilisers, not to mention the ingredients that are used in food processing.

Household furnishings are toxic. Households cleaners are toxic. It can be hard to avoid them.

But one thing is certain – chronic regional pain syndrome is a disorder of the nervous system. For some the symptoms are so severe, suicide is considered.

Sadly, the complex carbohydrates that many people consume is limited to three – potatoes normally consumed as hot chips, lettuce which is not bulky enough to help much and tomatoes which are invariably canned so lack enzymes and other nutrients sensitive to heat and storage.

Everyone understands the importance of putting the right fuel in their car. No-one expects an engine designed to run on unleaded fuel to work with diesel fuel. So why do people expect their bodies to run on the wrong foods?

The body is complex. It has the potential of enormous healing power, but only if you support it. You can do this by eating healthy food, by avoiding avoidable toxins, such as household cleaners and processed food, which destroy the immune system.

Another toxin that supports the destruction of your immune system, is medical drugs. These are not designed to cure your symptoms, but rather to suppress them. You can see this by the increasing number of problems people encounter when they start taking a drug. Death is not uncommon. Iatrogenesis (death by prescribed medicines) claims hundreds of thousands of lives every year.

Homeopathic treatment works by individualising you, your symptoms, your lifestyle, your causes. It works by supporting and gently stimulating your immune system, so that now you can heal yourself. Automatically, a good prescription detoxes your body.

Don’t fear new diseases, such as chronic regional pain syndrome or other complex symptoms. Help is available. Use it!