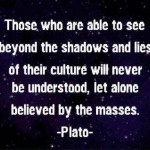 Today, we live in a toxic work. The air is polluted, even clean water has fluoride or chlorine added. The land is overburdened with the residue of agricultural chemicals. Our food can be a chemical cocktail, which also often lacks nutrition.

And all this before you consider vaccinations and other medication, all of which are toxic and immune suppressive.

It’s a wonder there is still life on Earth. It’s a great testament to the ability of the body to adapt and survive, even in terrible conditions. But few people are free of the implications of this global poisoning.

All the organs suffer, but the liver, the cleansing filter, probably suffers the most.

Toxins are stored in fat cells. The brain is made up mostly of fat cells. So the brain is another area that suffers particularly. Perhaps this is why autism is so rife in vaccinated children.

When a fat, and highly toxic, person tries to lose weight, it is almost impossible. The body will not allow any weight loss until the toxins are released. It’s too dangerous. The release of the toxins into the body could be fatal.

Neither can you recover from a serious degenerative disease, or the toxic treatment of same, without clearing the toxins first.

You may be familiar with some of the more common ways of detoxing the body – colon cleanses, enemas, juice fasts, herbal detoxing. Now there are foot pads and foot baths which are aimed at body detoxing.

People often ask if homeopathy offers a detoxing process. The answer is complex. When a homeopathic remedy works well, it is automatically doing a body cleanse. It is part and parcel of the return to health.

When a well indicated remedy does not work, it is possible that the toxins need a different approach to facilitate their drainage. This can be by using the same remedy, but in a much lower potency. Or it can be by using what are known as the drainage remedies.

These work at a physiological level, rather than a higher level. But they can still be more effective in a shorter time, than many of the common holistic detox methods. They can also be used in conjunction with a deeper acting remedy.

Detoxing the body is absolutely vital in maintaining health. Don’t overlook the importance of this vital process in today’s toxic world. Homeopathy excels in this, effortlessly.