Epigenetics and health. How do they go together? What’s the significance of this new buzz word and your health? 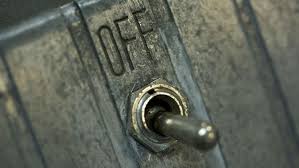 A few short years ago, we were bombarded with the ‘gene theory’ from doctors, a bit like the ‘germ theory’ (which is well outdated). You could have a medical test to see if you had the genes that might cause a chronic disease, such as cancer, later in life. Angelina Jolie was used as a great advertising tool by the medical industry.

The medical people only got it partly right. Our genes definitely do have an influence on us. But that influence can be turned ‘off’ as it were, or ‘on’ by what we do in our lives and by how environmental factors influence us.

And that’s what epigenetics is. A grand name for a totally logical theory.

We all inherit our genes from all of our ancestors. But the prominent ones we inherit are those influences that were not resolved before our ancestors died. (This is what is currently considered as inherited factors.) Even more so are those that were affecting our parents at the time of our conception.

Everything after conception, during pregnancy, birth and ever after, will influence us all to a greater or lesser extent, depending on our individuality.

For example, a woman who has a great fright during pregnancy, one that is not resolved energetically (more on this), will almost certainly affect her unborn child for life. A man who is still dealing with the effects of a war he has just returned from, and all that entails, will affect a child for life if he conceives one at this time.

Everything has an influence on us. Some great, some not so great. Examples include

So what does epigenetics and health have to do with homeopathy?

Homeopaths were practicing the art of epigenetics hundreds of years before the world caught on. We have always been most interested in what serious events have shaped someone’s life – mother’s pregnancy, the birth process, growing up, the ailments and how they were treated, the health history of parents and grandparents, what affects you now and how, and on and on.

We need to know, because that is affecting your health right now. In choosing the healing treatment for you, we are able to set this energy free, so that it no longer troubles you. We don’t turn it off, as that might be turned on again. We set it free.

Now, another switch may come on, ready and waiting in line for its turn to be treated.

Homeopathic treatment is the ideal energetic resolution for environmental factors. Homeopathy is eminently capable of reversing the ravaging effects of vaccine damage, heavy metal toxicity as well as the emotional traumas so common today.

Good homeopathic treatment effortlessly deals with the effects of epigenetics and disease.