Getting holistic help for autism spectrum disorder is a little thin on the ground, so you may have to be prepared to do consultations online or via the phone. These are actually the best way, as having the child around can be a major distraction for both the therapist and the parent/guardian. 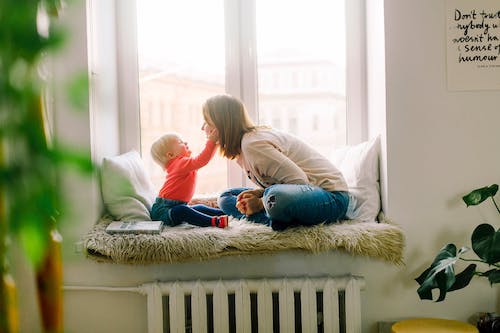 It usually begins in early childhood, up to the age of about 3, but that is variable according to what the child has experienced. Suffice it to say, it occurs in the very vulnerable ages of the child.

The most common and serious symptoms include a lack of eye contact, a lack of spontaneous interaction to stimulus as well as a lack of speech. Clearly, these symptoms show a brain issue, where the senses are not operating as they should.

Repetitive body actions are common such as hand flapping, often referred to as stimming. Stimming is a sign of pain, but the pain is located in the head. This is where the damage occurred. So head banging can be a common symptom – the child tries desperately to stop the head pain.

Any issue within the brain can lead to seizures, either the mild absent seizures or the full blown convulsions.

The child doesn’t know how to play or have fun. The extra energy needed for that is taken up elsewhere, just trying to maintain life.

There is an inability to learn, so walking may never happen, or potty training.

They can be aggressive or fearful.

Almost always, there will be a digestive issue of some sort, because the gut microbiome is affected.

Life For The Family – The Present, The Future

Living with a child who is on the spectrum is a nightmare for the parents and this often leads to separation, the last thing the family needs. There is little government support for the family. The other siblings can feel pushed aside, as a child on the spectrum takes up most of the parental energy and time.

The mainstream medical system fail these children and families miserably. The only resource is to suppress the symptoms, which never leads to permanent healing and does lead to organ damage later in life, which compounds the problem.

However, holistic help for autism spectrum disorder can result in complete healing. It will take time and you do need professional expertise, but permanent restoration of health is available.

That help can come from an experienced homeopath. Homeopathic treatment focuses, not on the condition, but on the individual person and their experiences, both past and present. Homeopathy works by bringing the damaged immune system back into a fully functioning condition, whereby the children now heal themselves.

Healing can only ever take place when the immune system is fully functioning. All health problems indicate a damaged immune system.

Parents can be introduced to this idea by the excellent book ‘One Heart, One Mind by Pierre Fontaine’, a New York based homeopath.

This is a complex question with a multitude of answers, but, in a nutshell, it is possibly caused by a high toxic load, from various sources, in a sensitive child, rather than a single cause.

Origins of common toxins include:

and a lack of the natural healing stimulants of being outside in the sun and in direct contact with the earth and nature.

We now live in a very toxic world. Many chemicals are being released every year, with largely unknown effects. Many are used in agriculture. So if the food you eat is not organic, the toxic load may be very high.

It will vary according to each child.