Someone said an interesting thing to me yesterday. She had consulted me for a troubling problem. She was feeling dizzy a lot of the time. Having taken her  details and worked out a remedy, I gave her a dose and we waited for something to happen. 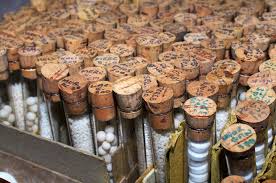 Although it doesn’t always happen, a reaction is often felt within about 20 minutes of taking a homeopathic remedy. I like to be sure that I send people away with something that is helpful. So we waited, chatting about what was happening in her life. Often, this relaxed chatting bring up additional details, that may not come up during the consultation itself.

When I casually asked her if she felt any different after the allotted time, she told me “my vision has cleared, but I didn’t even realise it was blurred before”.

This can also be described by the common quote “you don’t realise you’re hitting your head against a brick wall, until you stop”.

Most people are so absorbed in ‘doing’ that they can’t see that they are exacerbating, or even causing the problem. Work, family, household chores and so forth tend to keep most people locked into a semi robotic state. Or as someone put it so nicely, ‘we are now all biorobots’.

There is no thought that goes into our daily activities. Yet, as a species, we pride ourselves on being intelligent. Somehow, this intelligence has been replaced by mindlessly following others. It seems we are easily brain washed, following others without a thought.

We do this in everything – diet, health care, dress, treatment of family, friends and animals. It seems we are terrified of being different. Yet everyone IS different. The ‘norm’ presented by the media is totally false. There is no ‘norm’. Mostly, people have learned to present a modified ‘public face’ that is acceptable as ‘normal’, while underneath, there are often tumultuous thoughts and feelings that have been so well suppressed, they are almost unrecognisable.

It is in the dreams that we can often see this inner world of chaos.

This imbalance between inner and outer causes disease. We are not being true to ourselves. Worse, we often find that we join the chorus and engage in publically judging others, even as we inwardly cringe for doing so.

I believe the root cause for this imbalance is the way children are raised. This is an enormous subject, which various models going in and out of fashion. But the most effective way is never taken up. It’s really too easy.

As ever, when I am confronted with a problem, I look to nature for the answer. How do animals raise their young? While it is difficult to know the exact details, as we can’t communicate with them easily, it is possible to learn by observing.

On the whole with healthy and wild animals, especially mammals, the young are given shelter, warmth and nourishment, but they are never prevented from being who they are. They are given the space to learn by experience, while a watchful adult will help out when they get stuck. Obviously they have to learn the rules appropriate to their safety within their species, but the childhood time is spent in discovering life for themselves.

I believe humans control children too much. Children are rarely allowed to be themselves. Their activities involve artificial toys and games, rather than being outside discovering nature. Even these activities are constantly interrupted by adults who feel they should do something different.

As a result, a child’s brain can’t develop independence. They have to behave in a way that is acceptable to ‘the system’. And this wreaks havoc on them, as they grow up.

How homeopathy works in bringing calm to these troubled waters is not yet known. Since we have hardly scratched the surface of the accumulated knowledge available, this shouldn’t worry you in the slightest. It’s the effect that you should be concerned about. Are you feeling calm, happy, creative, at peace? That’s probably what everyone wants.

By the way, I would like to say that I do not consider myself an expert in child raising, or in anything for that matter. I simple observe and chronicle what observation teaches me.