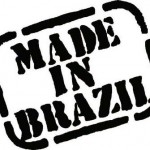 This article comes from Homeopathy Heals Me. It has a salutary lesson for us all, that homeopathy is a very real threat to the profits of pharmaceutical companies.

Suddenly Brazil´s population woke up in the early days of 2000 under heavy fire from Big Pharma’s plot with headlines in the compromised media and press, such as HOMEOPATHY IS OVER, etc.

Well, it was the start of three full years of endless discussions in the press and media regarding this medical discipline.

After the first shock, there began a campaign against Homeopathy all over Brazil with inspections by health authorities on homeopathic pharmacies and the witch-hunting of pharmacists as well, under the excuse of quality controls, etc., and the forbidding in some cases, of sales of homeopathic remedies for several fake reasons, etc.

But Big Pharma made a hazardous Big Mistake by starting such a plot against
Homeopathy since this has been an official medical specialty since 1980 under Decree #1000 and signed by the President of the Republic of Brazil after Congress approval and official legal recognition of the Federal Board of Medicine in Brasilia.

During those years several events occurred concerning the matter and slowly medical organisations and civil society reacted asgainst it, as follows below.

When everyone was tired of the almost weekly propaganda against Homeopathy, there appeared on the scene a so called leader of skeptics from abroad, better known as a famous magician.

This personage was interviewed by top TV channels in Brazil arguing
supposedly hard questions against Homeopathy and the population rose against him in HATE and Anger because Homeopathy is a very traditional
low cost healing method which is approved and safe and also effective for people for many generations since the 19th century in Brazil.

Even the gay community in Brazil were heavily against this man because of the
development of a LIVE homeopathic nosode for AIDS by the late homeopathic
physician Prof. Dr. Roberto de Andrade Costa MD from Petroplis (RJ). This had healed several cases since the early 1980s for more than one decade until his death. The nosode had been proven to be efficacious through lab tests and also from statements of patients after treatment and medical follow ups.

This skeptic/magician’s several shows in the media became a reason for growing protests of significant levels in the Brazilian population from North to South during this time.

To avoid high costs of paid propaganda in press and media, people and
authorities answered all critics of Homeopathy by writing letters free of
charge to the letters pages of newspapers.

Finally this skeptic’s past life was under investigation under strict silence by the Brazilian authorities, through a request to his government and he was
eventually diplomatically asked to leave Brazil forever as PERSONA NON GRATA, under charges of sedition and disturbance of the social environment and scientific community.

The Brazilian authorities discussed in secrecy Big Pharma’s interests involved
in the matter and a public motion was presented to the influential political class in Brasilia with the signatures of more than 3.5 million people identified by ID numbers and addresses, avoiding false premises, charges in lawsuits by the lawyer of this hated foreign personage.

Finally the well paid Big Pharma agents were defeated by the Brazilian social and scientific environment, with a heavy financial burden prevailing on Brazil´s Homeopathic industry and pharmacies.

It was traumatic and shocking having Big Pharma’s unsuccessful attacks and
endless plotting against Homeopathy all over Brazil during this time for all people involved.

Finally there was a presentation of a long official report on the efficacy
of Homeopathy with comparisons to Big Pharma drugs in terms of all available
worldwide medical literarature, which found no toxicity of Homeopathy,
as well as the low cost of homeopathic remedies which enhanced these facts.

The Brazilian public health care system (SUS) has employed registered homeopathic physicians all over Brazil with great success for the last few decades giving free of charge treatment to the public and for large range civil populations.

So now Homeopathy is forever consolidated in Brazilian people’s memories
as a safe and effective non-toxic medical therapy.

And finally to end this report about this nonsensical affair, it was proven by real facts that the real hidden target in Big Pharma Plot’s in Brazil was to avoid by all possible means the installation of a top German industrial plant laboratory branch in Sao Paulo of the manufacturer of a well known large range of homeopathic biological medicines which was finally established in 2003.

After this, the Big Pharma plot against homeopathy was forever over in Brazil !

A Little History of Homeopathy in Brazil

On a lower, but no less invasive level, this is happening in every other country.