Teenage problems can be a real headache for everyone concerned, not just the parents and other immediate family members. Schools, friends, extended family, animals, property can all suffer at the hands of teenage violence. Some teenage problems can lead to suicide. 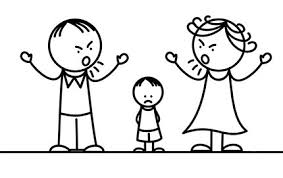 When confronted with this problem, most people either consult their family doctor or support from a group dealing with anger management for teens. I suggest neither option will help long term, even though learning how to manage anger can be hugely beneficial.

Teenager problems don’t suddenly occur. They always start at a far younger age. Then, due to puberty, these problems escalate. And they frequently escalate into anger, aggression, even violence, sometimes suicide. What can you do to change this?

Small children are very loyal to their parents. They want their parents approval. It is well known that small children from abused homes would still rather be with their parents than fostered out. Adults who had been fostered or adopted often feel isolated and as if they have no roots. It is common for them to search for their biological parents. This is despite even the most nurturing and stable of guardian care.

When this loyalty is abused, or when the child is not treated with respect, as a real person, problems start to develop. In this age of dysfunctional governments and communities, it is little wonder that it also extends to parents.

Not everyone planned their parenthood. For many, having a child is a burden they could do without. It stretches everything – patience, finances, time, taking care of your own needs, relationships.

Children are highly sensitive and astute persons. They easily sense when they are/were not wanted. This is even when it is hidden from them. Even in fairly balanced families, if both parents work, there is little time or patience for the children. Often the only words parents speak to their children are if they have done their homework or if they have brushed their teeth. Often there is no real connection, no guidance, no obvious love.

This makes the child sad.

This sadness deepens over time. When the hormones arrive with puberty, especially testosterone, this sadness explodes into violence and aggression. Teenage aggression can be all the more harrowing because the teen doesn’t know how to handle these new and intense emotions.

The parents often act in surprise.

“Doctor, my child is aggressive. Give him a pill.”

The ‘pill’ is unconditional parental love, parental respect, time to listen to what the child has to say, rather than telling the child what to do. The teenager has now grown into someone who doesn’t know who they are. They were never allowed to find out, to discover themselves.

A support group for teenage problems can be helpful, although dealing with the problem at its core is better than managing it.

Teenage anger problems, as in any other age group, can also be caused by other factors, although these may be less hazardous to live with.

All medical drugs are chemicals. Vaccines carry an array of highly toxic chemicals and minerals. Chemicals and some minerals are highly toxic to the body and can cause neurological and liver damage. Neurological damage affects the brain, which in turn has an effect upon our emotions. When the liver is badly compromised, anger erupts.

Teen anger or hyperactivity can be caused by chemicals in the food – synthetic additives or the chemicals used to produce the food.

Troubled teenage behaviour can be inherited. Any issue that was not resolved in previous generations will be passed down until it is.

Troubled teens often get into trouble with the authorities and/or join a group of other teens with the same problem and they then egg each other on.

However attractive it appears, punishment is not the answer. Making good a wrong doing may be appropriate. But the real solution lies in either the parent/s taking responsibility for their previous actions. Or the teenager getting help to heal from the traumas of early life.

I am not trying to blame the parents. People normally repeat what their parents did, whether that was good or bad. How does a child raised by dysfunctional parents become a responsible parent themselves?

But we do have a mind. We can think things through. We can try to better ourselves. We can try to do a better job. We can put ourselves in the child’s shoes and look at the situation from their point of view.

Whatever the cause, whatever the medical label, teenage problems can be helped or fully healed with appropriate homeopathic treatment. Homeopathy works by restoring balance. Balance can be adversely affected by a lack of love, a lack of nurturing, a lack of respect, high hormone activity, toxicity, poor nutrition, to mention just a few. Homeopathy can reverse that.