Today’s world is driven by money. Even when we don’t have any, the focus is on the lack. Very little attention is given to value for money especially in healthcare, which is often ‘free’ in many countries. Of course it isn’t really free as you probably paid handsomely for it in taxes, levies and/or insurance premiums. 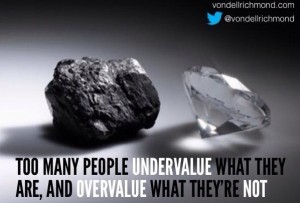 But the perception remains.

Most people invariably go to their GP when they have a health issue and only turn to holistic health when they don’t get the results they were looking for. Those who struggle financially rarely consider holistic health as they have to pay for it, so automatically assume it is outside their budget. But is it?

To illustrate my point, I want to tell you about Martha. Martha injured her back out walking her dog one day. She slipped and fell on a rock awkwardly. She managed to struggle back home, as she hadn’t walked very far. But the process was painful.

Initially, Martha simply rested and popped pain killers. However, it didn’t get better, and after a day off work, she went to see her GP. He sent her off for tests.

The results didn’t look good. She had damaged her spine, which was already showing signs of ankylosing spondylosis, a chronic inflammation of the lower spine.

Initially her treatment was anti-inflammatory and pain relief medication. After a few months, when she was still suffering quite badly, she was put onto steroids. Initially, this really helped, but as the months wore on blood tests showed she was starting to move towards diabetes and osteoporosis, two common side effects of steroids.

She went to see a physiotherapist and started doing exercises. These helped a bit, but the pain was still getting worse. Eventually, she had to give up work and go onto a disability allowance.

Martha considered orthopedic surgery at this point. She went onto the list, which meant waiting months, possibly years, before she could have it done. But she was hesitant. She was aware that surgery on the spine can be fraught with problems.

Having been out of work for several months, Martha had little left in the way of savings. She was becoming more and more anxious about her health and about her future.

Then a friend told her about homeopathy and about her experience with it. In the beginning, Martha dismissed the idea, as the cost of it now seemed beyond her reach. But her friend kept niggling gently at her.

Martha started putting a small amount of her allowance to one side. When she had enough for the first consultation, she rang me to see if I could help.

The initial treatment I prescribed for her allowed her to slow then stop all the medication she was on, in the first week. This alone saved her a lot of money. She found the pain was more easily managed with the remedy. I had also given her information about diet to support her health, and in particular, her spondylosis.

Before she came for her follow up visit, she was back at work, albeit part time. Over the following months, her back, as well as her overall health, improved dramatically. She cancelled the surgery. She started working full time.

Martha recognised that life isn’t just about what you can or can’t afford, even when she had very little. It’s all about value for money. She could have chosen to give up and live with permanent back pain, on a meagre pension. Her surgery may or may not have been successful, if she had chosen to go ahead with it.

Instead she chose to take a different course of action.

Martha’s back injury was a defining moment, as her health had been declining. What was initially an unfortunate accident, turned out to be her saviour. She was able to resume the physical activities she most enjoyed, but had given up a few years prior. She loved dancing and was delighted to be able to dance once again.

Don’t assume you can’t afford holistic health, simply because you have to pay for it. Look at the bigger picture. Value for money in healthcare means getting better enough to resume your life as it was. Perhaps that is the ability to work. Perhaps physical activities. Perhaps enough energy to be productive through the day.

Whatever it is, don’t just assume anything is too expensive, or is out of your price range. Consider what effect good health will have on your life. What it gives you back in the form of your life or your livlihood. Homeopathy is very good at giving people that back. Consider value not cost. Sometimes, what appears to be too expensive works out to be the cheapest option!

Check me out to see if I can help you.

1 Response to "Value For Money In Healthcare"