In spite of the enormous technological advances, the western world has never been so sick. Surgeries are now common place. Diabetes is on the rise, with many children being diagnosed. Cancer, strokes and heart disease are considered to be the leading cause of death. Obesity is almost at 50% in some countries. More people, and animals, are given prescription drugs than those who are not.

Prescription drugs aren’t just used in cases of pathology. Practically every visit to a doctor or vet results in antibiotics, whatever the condition is. Farm animals are given antibiotics and growth hormones throughout their short lives, to increase yield. Dogs are now prescribed anti depressant drugs. Shy children are prescribed mind altering drugs.

Millions is spent on medical research each year, but still the problems escalate, often at an alarming rate.

Private health care cover increases dramatically every year, often over and above what most families can afford. Western governments pour a bottomless pit of funds (your taxes) into the medical system, contributing to the financial crisis, or perhaps creating it.

Now the waterways are toxic with antibiotics, growth hormones and drugs. It’s not enough that factory waste contaminates the earth. Now it is prescription drugs coming through the sewerage system.

What’s going on? Why is there not an overall improvement in health?

Could it be that you are not being told the truth? Is it possible that there is a deliberate act going on? There are some who are profiting from the escalating world’s sickness, but it certainly isn’t those who are sick. Or the environment – which in turn comes down to your food and water for tomorrow.

Somewhere, in the dim and distant past, people lost their independent thinking, their connection to their inner wisdom. Somewhere in the human ancestry, it became possible to manipulate the masses of people, for the benefit of a chosen few.

The campaigns to incite fear are relentless. You become brain washed, if you weren’t already.

But humans like to pride themselves on being intelligent. So perhaps it’s time to exercise that intelligence and make a personal choice about your health, one that doesn’t just manage your disease, but improves your health.

Food is a high priority to maintain good health. Don’t for a moment imagine that you can eat junk food regularly and remain healthy. The only ones who remain healthy in this environment are the manufacturers of this ‘food’. Many serious diseases simply vanish when a nutritious and really healthy diet is adopted. Including diabetes and cancer. In people as well as animals.

My logical conclusion from this, is that cancer is being used by some to profit by. What are your thoughts?

The next priority is your health care. Most people wouldn’t willingly poison themselves when they are healthy. So why do they think it can possibly help them when they are sick? Check the side effects of your prescription drugs. They can create more problems than they resolve.

Homeopathic treatment is a real threat to those who profit by your ill health. Why? Because it is natural, gentle and without side effects. You cannot become dependent on it. It can not only fully cure every known disease, it can also cure genetic inheritances. The reason that homeopathy is so powerful is that it doesn’t treat disease as such; it treats you. You are diseased because you are out of natural balance. You are no longer an independent thinker, relying on your inner wisdom. You are someone’s puppet.

Deep homeopathic treatment is subtle, but you become more independent as well as more healthy under its care. There is an inner peace. You become at one with yourself. The statistics speak for themselves.

You are the creator of your life. Use your intelligence. Think outside the box. But balance the left brain intelligence with right brained intuition and inner wisdom. 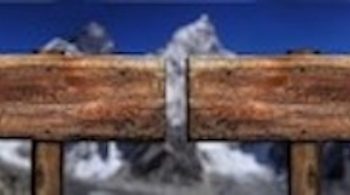 2 replies to "Why is the Western World So Sick?"