Understanding what is the cause of autism may be the first step for parents to appreciate that real help is available. By real, I mean a complete turn around. A reversal, a return to normality, a true healing. 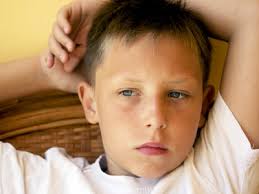 There are a variety of helpful measures around that have had success with the partial healing of autism, such as chelation, but most cannot reach a 100% reversal.

Many doctors will tell you that as autism is a genetic disease, it cannot be successfully treated. But is autism genetic? A genetic disease will typically worsen by only around 3% in a generation, considered to be 30 years. As autism has exploded by around 150% in just a few years, this clearly is inaccurate information.

So what causes autism, really? Tinus Smits was a Dutch homeopath who treated over 300 autistic children successfully, with a success rate of up to 100%. His clinical research was extensive and he was able to pinpoint just exactly what can cause autism.

This does vary in each individual, but the dominant factor is toxicity. A toxicity in the diet, in the environment and especially in medical drugs, which all contribute to a final tipping point into autism. His findings suggest that there is no one single factor that causes autism. It is an accumulation of more and more toxicity until that tipping point is reached.

As a result of his enormous success rate, he developed a structured protocol that homeopathic practitioners can learn to use, with equal success. He called this therapy CEASE, standing for Complete Elimination of Autistic Spectrum Expression.

CEASE therapy employs a combination of treatments which include homeopathic treatment, dietary supplements, but most importantly, the detoxification of various vaccines and other causative factors which have contributed to the child’s toxic load.

This successful detoxification uses the homeopathic preparations of the causative factor in a variety of potencies, or strengths. This allows the body to unravel the harm caused.

Autism causes are many and varied. For example:

Many people consider vaccines to be the main autism cause. However Tinus Smits explains that they are simple one factor (albeit a major factor because of their highly toxic ingredients) in a whole host of poor choices in health care and dietary choices. They all add up and eventually the cup runs over.

Medical research will never discover what is the cause of autism, because they don’t recognise that their own drugs can cause so much harm. Neither do they recognise the symptoms of the body that is trying its best to eliminate toxins.

Discharges are an important way the body eliminates toxins. A nasal discharge is particularly important as this is the organ of choice to rid the brain of toxins. Instead, repeated courses of antibiotics are given, which not only prevent the release of the toxins, but lower an already badly damaged immune system.

How is autism caused? What causes autism? The simple answer is too much toxicity and not enough quality nutrition. This is so typical of today’s way of life. But there are more complexities and individual sensitivities, that also have to be explored.

This means that autism is not a permanent problem. That it can be reversed. In either a child or an adult. Homeopathy treats the individual, detoxifies and restores the immune system to that of natural balance.

Tinus Smits excellent book – Autism – Beyond Despair is an excellent read for parents who want to get to the bottom of their child’s problem.