I am no fan of antibiotics, but do appreciate many swear by them. However as antibiotic resistance continues to increase across the world, it might be a good idea to understand why this is happening and what alternatives there are, just in case. 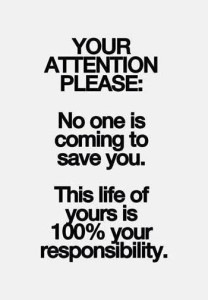 Louis Pasteur is generally considered to be the founder of antibiotics, although this is not universally accepted. On his death bed, he recognised that bacteria was not the cause of disease, but merely an expression of the disease. It is more a physical expression of your body’s reaction to the disease. If you like, it is the messenger.

In keeping with our currently insane world, the normal medical approach is to kill the messenger. Certainly by killing the bacteria, the ailment appears to be subdued. But it is ONLY subdued. It is not cured. Antibiotics can never cure a disease because they don’t get to the cause. You cannot cure a problem without addressing the cause.

When you merely subdue a disease, inherently, you subdue the immune system. This is dangerous. Your immune system is the only effective barrier between your health and the infinite number of pathogens (bacteria, virus’, etc) in the environment. It is especially dangerous for children, who have an immature immune system.

Not only that, but most people damage their gut bacteria, so important to your overall health, with the use of antibiotics.

The use of antibiotics is well recognised as being out of control. It is given to practically everyone who visits a doctor or vet, whether or not they have a bacterial infection, often before the results of a test have come back. It is given to all non-organic farm animals in their feed, so they are getting continuous doses every day.

Constantly, I see people who have been prescribed months of antibiotics, in a desperate attempt by their doctor to resolve a stubborn infection. They come to see me, as the infection is still there, but now they have other more serious problems, including a digestive issue that wasn’t there previously.

The problem is less about antibiotic resistance and more about the flawed idea that antibiotics can solve bacterial infections.

In September 2013, the Stanford University revealed that in the 24 hours after taking a single dose of oral antibiotics, there is a spike of carbohydrates. This spike, coupled with a reduction in gut bacteria allowed two potentially fatal pathogens to blossom.

In June 2013, the British Journal of Dermatology reported that children who took antibiotics in their first year of life were 40% more likely to develop eczema. With each additional course, their chances rose 7%.

Pediatrics in the UK researched data on 1 million children aged 17 and under. Researchers discovered that 64% of the children who had inflammatory bowel disease (IBD) had taken a course of antibiotics at least once. This risk increased five times in children under a year old.

In a 2005 edition of Medical Hypothesis, researchers examined 206 children under three, with autism. Each child had received an average of 12 courses of antibiotics during their short time, mostly for ear infections.

With all the dangers associated with the use, let alone the overuse, of antibiotics, what other options are there?

By treating these areas appropriately, you automatically raise your immunity. This, in turn, eliminates the bacterial (or viral) infection. Easily.

The fastest way to achieve an increased vitality of your immune system is by good homeopathic treatment and by a nutritious and species-specific diet. Perhaps the idea of antibiotic resistance is a way to get people to understand the real issue.