Cause and effect are two very distinct areas of every problem. In our highly materialistic world, it is common to ignore the cause and deal with the effect. This never solves the problem, which progresses and becomes ever worse, with more and more complications. 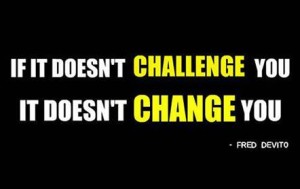 On the other hand, when you deal with the cause, the problems effortlessly melt away and you are left wondering if you did indeed ever have a problem.

A scenario is playing out before me that in an excellent example of what I am trying to convey.

A neighbour has a young, large dog. He is a truly lovely character, open, happy, friendly.

He is an only dog. His people are out at work, or too busy, most days. Although they have plenty of space for him, he is an escape artist. When he escapes he makes a beeline for my dogs, leaping over my fence easily. Then he becomes rather out of control, racing around madly, playing, but never stopping for a moment. He wears mine down easily, no mean feat for Kelpies (Austrian sheep dogs).

Anyone who knows anything about dogs can pick up the problem right at the start.

Dogs are pack animals. If you only have one dog, you need to be their pack – at home most of the time, interacting with them a lot. It’s much easier having two dogs, as they entertain each other. Two dogs makes for a very small pack, but it is a pack.

A young, and especially large, dog needs plenty of exercise. I suspect, from the frantic way he is when at my place, that he doesn’t get what he needs to keep him happy.

Now let’s look at the scenario from his people’s point of view.

Escaping does have its problems. Neighbours may complain, but more seriously, he may cause an accident or get hit by a car. He may be trapped and confined by the authorities.

So they see the only way out is to confine him. While this may be a quick fix, solving the immediate problem, it is making the overall situation much worse. They are becoming increasingly angry when he does escape and the dog is becoming ever more frantic as his basic needs are never met.

The situation can only continue to escalate and the dog is inevitably the one to suffer the most.

When I suggested that he was lonely, they were adamant not to get another dog. Yet it would completely solve the problem – company and exercise, in one fell swoop. Then he would have no need to escape.

This is a good example of how you need to understand cause and effect for your health issues, or indeed for any other problem.

Medicine only looks at the effect of your problems, suppressing the symptoms so you think your problem has gone. Sure, the immediate problem may have been resolved, but the cause has not, so that continues to worsen. The name of the drugs speak for themselves – anti… which means against – against the body.

On the other hand, homeopaths always try to look for the cause of the problem. Whilst that is not always available, being lost in the mists of time, we can still use the body’s signs and symptoms to the same end. In other words, we are not against the body, but work very much in accord with it. Your personal and unique signs and symptoms show us what your body would most like help with.

Don’t get cause and effect mixed up. Every problem can be solved by looking for the cause. Treating the effect is like capping a volcano. One day it will erupt and then look out, as it will have far more energy (stronger symptoms) than it would have had had it been allowed to erupt as needed.

The trouble is that in treating the cause, you may have to change habits of a lifetime. Habits that are destroying you, but still habits. And that is what most people resist. But with good homeopathic treatment, this can be effortless.

Cause and effect is an eternal and natural law. You cannot escape it. But you can deal with it effectively.