First, I want to define critical thinking. It is the ability to think clearly and rationally. It includes the ability to engage in reflective and independent thinking. A critical thinker can understand the logical connection between ideas. They can identify, construct and evaluate arguments. They can detect inconsistencies and common mistakes in reasoning. They can identify the relevance and importance of ideas. They can reflect on the justification of their own beliefs and values. 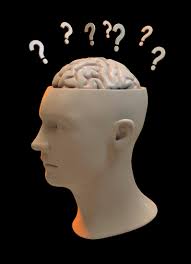 It is not an amassing of information. It is not someone with a good memory, although both these scenarios may be present. More, it is the ability to deduce consequences, to seek relevant sources. This may include knowledge, experience, intuition/sixth sense or outside sources.

Critical thinking can be creative. It is not argumentative. It is not critical of others. The skills can be used to detect myths, fallacies, lies and poor reasoning, but its important role lies in cooperation and constructive relationships.

Critical thinkers tend to ‘think outside the box’, to challenge consensus, to pursue unpopular approaches, because this is the only way real progress is made. It empowers individuals because it gives them the tools to solve any kind of problem, not just the present one.

It is a discipline, but also a powerful tool.

Sadly, this immensely powerful tool is lacking in most people. I am reminded of an article that explains that the nature of people is to react instinctively rather than with logic. So we react instinctively to avoid danger from say, a poisonous snake, but perhaps don’t consider the long term consequences of a far more dangerous, but well hidden scenario, such as a vaccine.

For those who are pro-vaccine, please hang in there. This is simply an example.

Culture and upbringing has a great influence on us and often dictates our actions, even when we are faced with undeniable facts to the contrary. A critical thinker is able to let go of cherished beliefs when faced with these undeniable facts. They have a curious nature, and are able to put in the time to gather all that is necessary to make an evaluation. They are not in a hurry. They are able to change their stance easily, when new evidence appears. You could say they are sceptics.

The word scepticism does not mean an indiscriminate rejection of ideas. It means that the claims of others are not necessarily automatically accepted. It means that reasoning is used which is not based on emotions or on social pressure, but on consistent logic. Logic tells us we still don’t know very much. About anything.

An example of critical thinking, or the lack of, is something that happened to me this week.

I am an organic gardener. I hate the ideas of doing any harm to animals, to plants or to the earth. So for every gardening problem, I seek a natural solution. Currently I am in the process of building a duck house. I have a huge slug and snail problem, but refuse to use pesticides. Claims that they don’t harm wildlife falls deaf on my ears. Slugs and snails are wildlife. I am particularly concerned about the knock-on effect – what happens to the birds and lizards who eat the poisoned slugs?

Ducks are great slug and snail eaters, so I am working on getting some ducks to help solve my problem.

None of my neighbours are organic. Two use herbicide sprays that invariably drift. I can’t stop them using them, so have to put up with this. Fair? Not really. But until I can get them to think differently, more holistically, then my reasoning tells me to accept it and deal with the consequences as best I can.

One neighbour allows my horses to graze on his pastures. It works both ways as he likes the idea of not having to keep the grass down and has no use for the pasture himself.

However, he is a stickler for appearances. He can’t stand the site of long grass or weeds. Weeds are swiftly dealt with by glysophate. We have friendly banters about the dangers of glysophate and how it is affecting his health (which is not good), but it seems order is more important to him, than his health.

Now he is considering ramping up his attack on weeds. He has some woody stemmed weeds that are appearing on certain areas of his property. I was extremely concerned about this, as the herbicide he was considering employing destroys any animal. And it will drift. I can move my horses out, but what about the wildlife?

When I went to look at what he was concerned about, I could see that the areas of the weeds were entirely limited to the areas he most sprays.

Spraying herbicides kills the soil microbes, as well as the targeted plants. The Earth is a living entity and wherever there is an imbalance, she will always try to right it. These ‘weeds’ are the plants most useful for re-establishing order where it has been lost. They occur nowhere else. NOWHERE ELSE.

So my solution is to stop spraying herbicides on those areas. If I am right, and I am open to being wrong, those particular weeds will die out, when he stops spraying and allows grass to grow there.

Another example of critical thinking is health care disciplines. Doctors and veterinarians have been taught not to be critical thinkers. For the most part, they deny any possibility of their medications causing any harm. This is not logical. Medications are chemicals. They are unnatural. Everyone is different. It is impossible for some people not to be adversely affected by them.

Homeopaths on the other hand, have been taught to suspect everything under the sun, as a possible cause of illness, even our own remedies. Yes, homeopathy is extremely safe when compared with chemical medication, but they can still be used inappropriately.

Practice critical thinking and use it in your own life, for your own health. You are the only one responsible for your health. Don’t allow your conditioning, society or fear to determine your health.