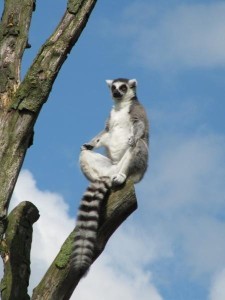 The first important thing to understand is that all these emotions stem from fear. No-one is aggressive, angry or difficult unless there is a base of fear. This can be so deeply buried as to be unrecognisable. But it is there. Fear creates pain. And pain creates anger.

The second important aspect to appreciate is the energy. When you stand before an aggressive or angry person, the energy is palpable. You can feel it in your own body.

The common reaction for most people is to react in kind. They may lash out or try to defend their position. What this does is to add fuel to the situation. And so, of course it escalates, often out of control.

Many moon ago, before being introduced to homeopathy, I was interested in hypnosis. I well remember the advice one hypnotist suggested in dealing with difficult people.

He talked about the energy of the situation. When the energy is already unstable, the angry person has no choice but to react to the energy of those around them. This is why your lashing out increases their pain.

However, if you don’t respond, if you simply focus on your heartbeat, or breath, keeping them slow and steady, the person has no choice but to respond and the situation quickly calms down.

I know of a woman who has a verbally aggressive husband when he drinks. She is very wise. She sits with him at these times and doesn’t say anything. She simply focusses on her breath, keeping it slow and steady. Inevitably he calms down.

Yet it would be so easy for her to defend herself and lash out at him. Most likely, that would end up as physical abuse and then a broken home for the children.

No animal who is loved, understood, respected and feels secure will exhibit aggression, anger or be difficult to handle. However, when you do come across such an animal, you will be able to reach them very quickly if you simply focus on a slow and steady breath.

This is the secret behind people who can diffuse a difficult or dangerous situation, that involves aggressive people or animals, so quickly. The whisperers aren’t really whispering. They are extending an invisible hand, in effect saying “I know where you are coming from. I can help you.” in an authentic way, in a way that is recognised by everyone.

Animals are far more sensitive than humans. They are also much closer to their source than we are. So they understand the strength and guidance you show in taking this action, and will willingly follow you to the moon and back.

In a way, you are doing nothing. In another way, you are doing everything. One thing is certain, you are allowing that person, or animal, the space to vent, without judgement. This then quickly brings them back to their core selves, to the centre from which stability arises.

Interestingly the word for breathing in German is ‘atmen’. It is derived from the Sanskit word ‘atman’ which means the indwelling divine or spirit. Perhaps your soul. The idea is that by focusing on your steady breathing, you touch your spirit. You come home.

Although this sounds easy in theory, putting it into practice takes a bit more effort! As ever, there is help at hand.

Good homeopathic treatment works in a very subtle way. It beavers away at all your hidden fears. Time and again, people come back and tell me they no longer react to people (or situations) who used to push their buttons. Now, it is more like water off a duck’s back. It’s not as if they are numb to the emotions of others. It simply no longer affects them. They don’t get drawn in.

If you find it harrowing dealing with difficult people, then you are identifying with their pain, their fear. This means you have similar pain. Let me help you!