I’ve always been a bit puzzled when homeopaths say “homeopathy can’t treat this or that’, as my training was all about homeopathy treating the person, not the disease. As one homeopath put so well, ‘a tumour doesn’t walk into your clinic and sit in your chair, so why treat it?’. 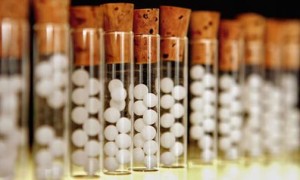 It’s the person (or animal) with the ailment that needs treatment, not the ailment itself.

At a recent seminar, the mystery was solved for me. So I want to share this with you, as it may help you understand homeopathy a little better.

There are four (at least) levels of homeopathic prescribing.

Level two is still treating the disease or problem, but now it is a little more specialised, with personal knowledge of the uniqueness of that person expressing the disease. Some individuality is now needed to prescribe the right medicine, such as arthritis which is worse in the summer or better at the end of the day.

Level three brings in the emotional or mind of the person, as well as using the symptoms of the presenting problem. For example, the person may be suffering migraines, which started after they lost a loved one. The unprocessed grief is now manifesting at the physical level.

Level four is a recent addition, and goes much deeper and way beyond level three. Few homeopaths are using this method as it is so new, but also much more difficult to apply. However, the results that can be obtained far outweigh all the other levels combined.

Most medical homeopaths (doctors and vets) have only been trained to level 2, so they use therapeutics a lot, just as they do in the medical world. Whilst there is nothing inherently wrong with this, and much good can be done, it is limited.

Most lay homeopaths (the non medical ones) in the west have longer homeopathic training than the medical ones and are far more interested in reaching the mind and emotions, knowing full well a much better result is likely.

The exception to this is Indian trained homeopaths who generally undergo far longer training than those in the west.

Of course, there is always individual, as well as cultural and country variations, but generally speaking, you will get deeper prescribing from a lay homeopath in the west, than from a medical one.

Home prescribing is at level two. You can do a lot yourself, but by no means everything.

Depending on the person and the part of the world you are in, naturopaths may only be up to level two. However, in America, homeopaths are called naturopaths.

Talking about practitioners, I consider it to be of paramount importance to have a good relationship with your chosen practitioner, whatever the modality. If you don’t resonate with them, I suggest you don’t discard the discipline, just the practitioner. Make sure you have a good, working relationship.with all your therapists, but be practical about it, rather than romantic.

Perth homeopath treats both locally and via the internet.