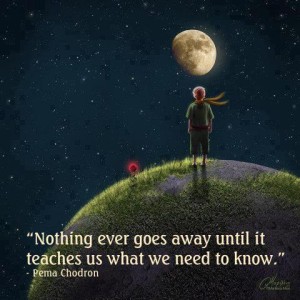 Natural pain relief, at least when using homeopathy, works by targeting the problem and starting the healing process. This means the pain becomes less necessary to ensure you nurture the part in question. So it reduces.

Pain is used by your body in a highly intelligent way. It doesn’t matter what the reason for the pain is, it makes you take notice.

Back in the days before humanity became disempowered, when the body and its symptoms were respected and valued, rather than feared and violated, pain was accepted as a sign that your life was not all it should be. It was a reminder that you had strayed from wholeness.

When people are empowered by their connection to within, when they listen to their body and take heed, pain is much less evident. It isn’t necessary. People don’t eat the food that their body tells them is unhealthy, so they don’t get the problems associated with harmful food. People are more aware of dangers, so take evasive action before a crisis happens.

In the present day this is rare. Here are some statistics about common pain killers, which are considered safe by most people.

According to an article in the New England Journal of Medicine, “Common over the counter pain killers are responsible for over 16,000 deaths a year.” Presumably this figure only accounts for US deaths. It makes you wonder what the global figures are. This figure is more than the combined deaths from car crashes, heroin and cocaine.

It goes on to say “If deaths from gastrointestinal toxic effects from non-steroidal anti-inflammatory drugs (NSAIDs) were tabulated separately in the National Vital Statistics reports, these effects would constitute the 15th most common cause of death in the United States. Yet these toxic effects remain mainly a ‘silent epidemic’, with many physicians and most patients unaware of the magnitude of the problem.”

MedPageToday reports that “NSAIDs, including low-dose aspirin, are behind a third of all hospitalizations and deaths associated with GI bleeding.”

You may be feeling that’s all very well, but how do you deal with pain right now, even if you have been the cause of it. What natural pain relief can you use now, which is effective, not toxic and not dangerous?

The following incident shows how I deal with pain.

This morning I was trying to lever out the flesh from a coconut. I wasn’t attending to what I was doing and the sharp knife slipped and penetrated my hand, with some force. As I pulled it out, I noted with some alarm, that it was well embedded.

It was painful and I was rather shaken, but immediately went to my store of emergency homeopathic remedies, which are always close at hand. I took a dose of the appropriate remedy and was able to carry on with what I was doing, albeit with more care.

There was no bleeding and the pain subsided into slight discomfort. Because the symptoms of the injury were absent (such as pain, swelling, discharge, etc), it showed the remedies were working well. This means there was no risk of infection.

A little later, I noticed an adjoining finger felt a little numb, showing nerve damage. I took a different remedy. It started to feel more normal. After the initial pain, I experienced no pain at all, simply an awareness, to warn me to be careful.

I like to keep wounds undressed, as much as possible. Keeping them exposed to the air allows the natural healing process to work better.

You have a choice. You can discover the power of homeopathy, including its amazing power of natural pain relief. In doing so, you tap into your own power.

Or you can risk becoming a statistic. Can I help you avoid this?

By the way, I discovered a far better (and safer) way to both open and retrieve coconut meat.
How to Open a Coconut.

What he didn’t say, is that he was using the SPINE side of the cleaver to hit the coconut in his hand. Please don’t use the blade side.