Every living being has a sense of taste. In nature, it is used discerningly, to differentiate between food that is good for you and that which is not. In the ‘civilised’ world, this important sense is often only noticed when something is heavily spiced or overly sweet. 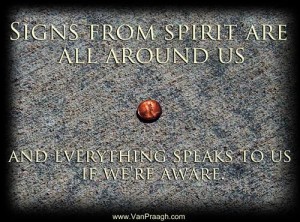 This is partly because modern food is grown for its appearance rather than its taste (or nutritional content). But also because taste is not given the value it should have.

Quite apart from the normal well known food tastes of spicy, salty, sour, sweet, etc, we all have an extra sense of taste. This comes into play when we are taking something for medicinal purposes, rather than for nutrition.

Naturopaths often use this to confirm a need for a single supplement. For example, if you have a zinc deficiency, when you taste a zinc supplement it is likely to taste bland. If you have too much zinc, the taste is likely to be unpleasant.

This happens with homeopathic remedies, too. When you need the remedy, the taste is usually bland or sweet. When you take too much or no longer need it, it starts to taste unpleasant. This is so even when the remedy is in alcohol, as with liquid remedies.

Children, even babies and infants, are particularly good at noticing this. When a well indicated remedy is placed into their mouth, they will often smile, while refusing a poorly selected one.

Frequently, children (and animals) don’t need to taste something to know it is not good for them, or may even be harmful. Their sense of smell, or simply the energy of the substance is often enough for them. This means you always have an immediate tool at hand to decide if the medicine you give them will help.

Some years ago, a mother brought her 4 year daughter to see me. The child had been suffering from acute respiratory problems most of her short life and had been hospitalised several times.

She was a feisty little girl and knew her own mind. When she was given a drug, she had to be held down by three or four adults. She instinctively knew the drugs were not good for her. And she was right, as her condition continued to deteriorate.

When it came time for me to give her my selected remedy, she started screaming and kicking out, anxious and frightened of what was to come. I immediately withdrew and waited a few minutes, ignoring her and chatting to her mother.

She sensed she didn’t need to fight and quietened. But the trauma was too deeply ingrained in her to allow her to respond quickly, in the clinic.

Once home, as instructed, her mother left the remedy vial within sight (and sense) of her daughter, but without any attempt to give it to her.However, she did tell her daughter what it was and where it was.

Within a few hours, her daughter overcame her fear and approached the vial, without any coercion. Then she picked it up and brought it to her mother. She happily took a dose and thereafter never had a problem. (Her condition also improved dramatically.)

Use your sense of taste to your advantage. It is much more accurate when eating a simple food or taking a single medicine. It doesn’t work with highly seasoned or spicy food, with processed food or with mixed food. It won’t work as well with a complex (many remedies in the same bottle) either.

So your craving for chocolate is not telling you it is good for you! But a craving for cucumber may be. When you become aware that the taste of your remedy is a little unpleasant, you may also notice that it is not having the same affect it once did. This may be an indication it is time to stop it or change it.

Discover how I can help you.