Auto immune deficiency has become increasing common and perplexing. The list of autoimmune diseases is extensive and includes disorders such as addison’s disease, celiac disease, fibromyalgia, lupus, lyme’s disease, sarcoidosis, uveitis, type 1 diabetes with about 80 or so in total. 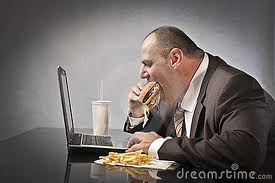 An autoimmune disease is diagnosed, or classified, when your immune system no longer works as it should. Instead of dealing with foreign invaders and dispatching them, it goes to work on your healthy cells, those that are part of you.

This means, that whatever the disease is called, whatever part of the body is affected, it is actually your immune system that is badly compromised, rather than the organ or part itself. The area affected merely indicates your weakness, your Achilles heel, as it were.

Any part of the body can be affected. Symptoms may come and go or remain permanently.

An autoimmune deficiency is a deficiency of your immune system to act naturally and normally.

So, with that firmly established, the causes are going to be those that adversely effect the immune system. These are likely to be new in the lives of people, that is new since just before these diseases became common. These appeared around 50 years ago.

About 50 years ago three important areas in the lives of people (and domestic animals) changed.

One was that food became increasingly de-natured. Instead of eating real food, people started to eat processed and packaged food. Real food is rich in the nutrients which support a healthy immunity. By consuming more de-natured ‘food’, which is inherently devoid of nutrition, with the best will in the world, your immune system cannot function normally. Nutrition and health are inextricably linked.

The second reason was agriculture, which became agribusiness. No longer did farmers nurture the soil, rotate crops and spread manure on their land. Instead they started to use chemical fertilisers, which actually aren’t fertilisers at all – they are plant stimulants. These chemicals ensure the crop grows and looks good, but they are devoid of nutrition.

So even when you eat what appears to be healthy food, you may still be deficient in the essential nutrition that supports a healthy immune system. It is not possible to separate diet and health.

The third reason may be the most important when searching for the causes of an auto immune deficiency. And it’s the medicines themselves. All doctors medicines are chemicals that are designed to suppress your body symptoms. They don’t cure the underlying cause of the problem. And suppression comes at a high cost. If you are lucky, the problem returns. If you are unlucky, the body seeks out other ways to try to re-instate balance – usually by affecting a more important organ. For example, the cause behind a skin disease which is suppressed can manifest in your lungs and cause asthma.

And so a declining spiral results.

Perhaps vaccines are the most severe cause of any immune system deficiency. 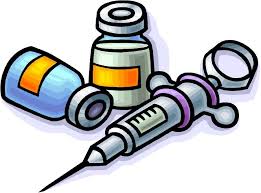 With ingredients such as mercury, formaldehyde and aluminium, all known neurotoxins, how can it be otherwise? The amount doesn’t matter. The effect does. These are directly injected into the body, by-passing the usual ways of ingestion (nose, mouth) which have ways of throwing out harmful substances.

A far better way to treat your health problems, whatever they are, is to use natural and holistic health care. Homeopathy is probably the best and is certainly the deepest acting. There is no condition that a good homeopath cannot treat (although there may be people).

Certainly you should put your diet in order. And the right diet can often turn your health around. Possibly less likely when you are dealing with an immune deficiency syndrome, but it may start the process.

Probably there is nothing else that can reverse an auto immune deficiency, other than the very powerful but gentle modality of homeopathy.