Ear infections in children are one of the most common problems they have. Doctors’ clinics see a vast number of such problems. Sadly, the medical treatment merely treats the effect and in the process, suppresses the immune system. This is bad news for adults, but far worse for children who have immature immune systems. 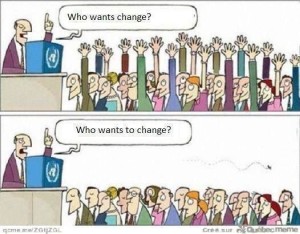 Few people realise the deleterious effect of antibiotics. It has so often been touted as the wonder drug of all time, few question its use. What happens in children is that it interrupts the natural progression of a growing immune system. This sets the child up for more health problems in the coming months and years.

It is not uncommon for children with ear infection to have multiple courses of antibiotics. This in itself should send waves of unease to both parent and practitioner, as clearly they are not working.

What else can you do?

As it happens, a great deal.

Instead of merely treating the effect of the problem, ie the infection, it is far better to look at the whole picture. Every living being is born with the potential ability to heal itself. This ability can be hampered by many factors, not least being medical treatment, poor diet and/or a lack of understanding or unconditional love by the parents or guardians.

All these factors can undermine the natural immunity that everyone has.

A child needs unconditional love and an appreciation for what they experience. This encourages them to be inspired, creative and themselves loving. There is nothing quite like a good example to follow.

When a family is poor, and I mean really poor, such as you might see on the streets of a city in a poor country, you can understand their children may not be getting the best nutrition to grow into healthy adults. The children of most western families have no such excuse. Yet I suggest that a poor diet is far more common than it should be.

How many parents allow their children to drink soft drinks, to eat chocolate bars and other sugary snacks, to eat at fast food outlets? Do they really imagine their child’s immune system is likely to develop into a healthy organism, one which will support good health in their adult years?

Aren’t ear infections in children a likely result, along with any other infection or disease?

Since such foods are expensive, poverty certainly isn’t the issue here.

Only a parent can control these two vital aspects of a child’s life. They can also control the third vital aspect, and that is their choice of health care.

If medicine (should we call it chemical medicine, rather than mainstream medicine, as that is what it really is?) suppresses the immune system and only treats the effect of the problem, what can treat the cause, without the suppression?

The holistic treatment of any health issue only works by supporting the body’s best efforts to heal itself. This can only happen by strengthening the immune system, not by suppressing it. The best such treatment, as far as I am concerned, is homeopathy. I am sure there are others, but this is the modality that I know best.

Homeopathy works by trying to see where the cause of any illness lies. Often it is a result of a vaccine or other chemical treatment. Not always, but often. Once the cause if found, at least in theory, then the homeopathic practitioner works out the best treatment based on this finding as well as the very personal expression of the individual’s illness.

Sometimes the result is a startling transformation. More often, the process is slow, but sure.

Don’t get bogged down into thinking that there is only one way to treat ear infections in children. There are many, most of which are far more effective, as well as far less damaging, than the mainstream (or chemical) medical way.

Book a complimentary 15 minute consultation
with me, to see how I can help you or your child.