One of the most common chronic head injury symptoms is a headache or migraine. This can develop after a minor head injury, such as hitting your head on an open cupboard door, or from a major incident whereby your head suffers a major blow. It’s not that they will just appear after hitting your head. They can become an ongoing, or chronic, problem. 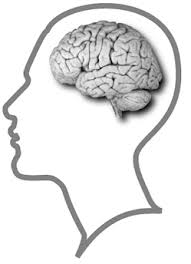 It’s not uncommon to lose consciousness after head injuries. If this doesn’t last long, perhaps 30 mins or so, this is considered mild. However, the ongoing symptoms are anything but mild to the one suffering, not to mention their family.

Apart from the ongoing headache or migraine, symptoms of head injury can include:

It’s not uncommon for any of these symptoms to develop weeks or months after the head trauma. Then they can recur, often when you are tired or stressed. They may last years or the rest of your life unless you receive the right energetic treatment, such as you receive with good homeopathic treatment.

There is little the medical profession can do for you. In fact, I have treated people whose GP actually refused to believe they had suffered concussion based on the test results. However, judging by the ongoing symptoms, it is my opinion that that is exactly what they had suffered from. This was also confirmed by how they cleared up with the right homeopathic treatment.

The presence of head injury symptoms indicate that your body has been unable to heal itself from that trauma, however mild it was considered to be. Popping pain relief pills will do nothing to help you in the long run and will only serve to make your body more toxic.

Any kind of head injury in children should be taken seriously, especially if the child is not able to communicate very well. In these cases, you need to be very aware of the objective symptoms, such as a change in behaviour or personality.

Any head injury symptoms, or traumatic brain injury (tbi) as it is commonly referred to now, should be taken seriously as they can become a major problem. Homeopathy is, without any doubt, the best way to permanently heal the trauma, to banish the symptoms for good. If you or anyone you know suffers with any kind of head trauma symptoms, do yourself a favour, or tell them, to seek out a professional homeopath.