Infection misdiagnosis is extremely common, far more so than most people realise. This is hardly surprising bearing in mind the limited time a GP will spend with a patient and the perceived value of antibiotics. Almost everyone will be give a course on their first visit. 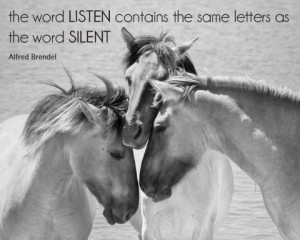 Not only is this misguided overuse of antibiotics not helpful in such situations, but they wreak havoc on the bacteria in your body, especially the gut bacteria. I suggest that the majority of people (and animals) with chronic gut problems, stem from past abuse of this overprescribed drug.

This is especially so when the drug is given to a patient with an undeveloped immune system, such as babies, infants and small children.

Quite apart from the immune suppressive qualities of antibiotics, they don’t treat the cause of the infection. This means your body has to struggle harder to maintain its ability to keep you in good health.

So what else can you do?

Homeopathic treatment does not need to diagnose your condition. This is reserved for doctors, who like it because then they can attach a few selected drugs to the condition. This makes their job a lot easier. But does it help you?

Instead, homeopaths use either the cause of the problem, (a good example being headaches that started after a head injury) to prescribe a well indicated solution. Or if this information is not available, we use your unique symptoms. Or both.

Some years ago, a woman rang me up in a state of near panic. Her husband had been admitted to hospital. He was in ICU and wasn’t responding to the ever more powerful antibiotics they were administering to him. She feared his early demise.

She didn’t know what had caused the problem. Neither did the hospital. But it certainly wasn’t an infection.

I took his presenting symptoms and suggested she gave him a particular homeopathic remedy. Within two hours, he regained consciousness, sat up and asked for some food. Everyone was rather startled!

Some time later, his wife suffered the same thing, but this time, she was conscious of finding the cause, so didn’t get as far as the hospital. She took the same homeopathic remedy and recovered.

Later, as they were trying to find a connection, they suddenly realised they had sprayed their fruit trees before both times they had fallen sick.

Agricultural and garden chemicals are far more hazardous to your health than is commonly thought. It is far healthier for you, and the environment, to seek non-hazardous alternatives.

The point I want to make here is to empower yourself. Don’t rely on others especially when it comes to your health and well being. Only you know what is going on within you. Only you know how you react to foods, to medicines.

A woman brought her cat in to see me. The cat had been vaccinated every year, and each year had developed a violent fever and became lethargic after the vaccine. But she kept on repeating this every year.

Why? Because, instead of empowering herself and looking for effective alternatives, the vet (and society in general) had so instilled fear into her, that she mistakenly (in my opinion) felt that the risk was worth the perceived benefit. But did her cat?

It is impossible to make sounds judgements when you are in a state of fear. First, you need to overcome the fear. Only then can you see more clearly, the right way ahead, for you. Easier said than done, but good homeopathic treatment is amazingly effective at dissolving fear.

We live in a highly corrupt world, with the focus on materialism and financial growth. But life is not just about materialistic things. Life is energy.

And is leaving the onus of power to those corporations who benefit financially so much from your disempowerment a healthy way to live?

Homeopathic treatment does not rely on a disease label, so there can be no fear of infection misdiagnosis. Infections, in any case, are the result of dis-ease, rather than being itself the dis-ease. Dis-ease is an imbalance of the energetic being – you! THIS is what needs to be treated to prevent or treat the infection. Not the infection.

Discover if I can help you!