With new ideas springing up about the best diet for health, a common question is, is the paleo diet healthy? The proponents of it say it is, not surprisingly. And there are many good aspects about it. But a study appeared in the International Journal of Exercise Science claiming that it increases cholesterol levels. 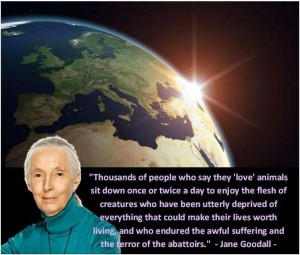 44 healthy adults were studied for 10 weeks on a paleo diet. At the end of the experiment, the LDL cholesterol had increased by 12.5 mg/dL and total cholesterol by 10.1 mg/dL. Triglycerides had also increased slightly. Those most affected were the ones who had been the healthiest before starting the diet.

What is the paleo diet? It takes the idea from trying to duplicate what our ancestors ate. So real, whole food is the key, rather than processed food. This means meat, fish, eggs, dairy, fruit and veggies. No processed food is considered, so pasta, cereal, biscuits, cake, chocolate, sweets, etc. are all banned.

The elimination of all the processed food is an excellent choice, as these are not foods at all. White sugar, white flour, hydrolysed fat, heating combinations to high temperature, adding chemicals to prolong shelf life or top up on a shortfall of nutrients all spell disaster to your body. They are nutrient deficient, often cannot be digested, may need to rob other nutrients from the body to digest, may hang up in parts of the body causing mischief, and so on.

And that is without considering the impact of chemical farming methods and GM.

Of course, you don’t have to go on a paleo diet to eliminate these ‘foods’.

The problem with the paleo diet is the high intake of animal protein. Humans are not carnivores. We are omnivores. And at the herbivore end at that. How do I know that?

We only have to look at facts to work out the truth.

Many studies show that when someone with a chronic disease, such as diabetes, goes on a vegan diet of just fresh fruit, veggies, nuts and seeds, the diabetes will disappear. That speaks for itself.

Is the paleo diet healthy? Is there a problem with it? My feelings are that we did not evolve as hunter gatherers, as is so popularly thought, but rather as gatherers with an occasional hunting expedition. Yes, I appreciate many traditional people do hunt. But I believe that their hunting is only a small part of their diet, rather than a major one.

Hunting is a dangerous activity. I also believe our ancestors (going back 10,000 years) were far more in touch with nature, the animals and the spirit of the earth than we are today. I believe they honoured all life and killed very little, if at all.

Yes, we are capable of digesting meat, but it generally makes us sluggish (and acidic), which is certainly not a healthy sign.

So yes, there are some good, healthy ideas with a paleo diet. But I believe there are also some fundamental flaws with it, as studies are showing. When you reason things out for yourself, you can take the good points and leave the bad ones behind in everything.