It is possible to remove grass seeds, splinters and any other undesirable foreign objects from your body without any effort on your part. And certainly without surgery. 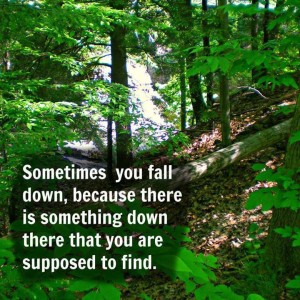 Unfortunately they can also lodge into the skin. Although grass seeds are normally more of a problem for cats, dogs and other small, furry animals, the idea is the same for any unwanted foreign object. This can be something small like a splinter or something much larger.

And yes, you’ve guessed it. Homeopathy is the answer!

There are a variety of homeopathic treatment options for this problem and it does depend on several factors. For example, a recently embedded foreign object may need a different remedy from that which has been in a while. An abscess may have formed, which is the perfect way the body has of flushing it out, but sometimes this needs help.

A dog with a piece of wood lodged in his eye after a bush walk. It fell out a day after treatment started, with no ill effect to the eye.

A woman who had unknowingly been the host to a piece of glass in her hand for 18 years (after a particularly wild party). It popped out after she treated another injury.

I ran a wood splinter under a nail. The pain fell away after the start of treatment and I forgot about it. A couple of days later I thought about it, but there was no sign it had ever been there.

A cat with a grass seed embedded in between the digits of the paw, was constantly licking the paw. The licking stopped after the treatment started. On examination a few days later, the paw looked clean and healthy.

A dog developed an abscess on his back. His people had recently taken him for a walk on the beach, and unbeknownst to them, he had rolled onto some broken glass, hidden in a much sort after, disgusting smelling remnants of a dead fish. They thought they had got all the glass out, but an abscess developed. After treatment started, the abscess burst and then healed beautifully.

Homeopathy offers you so much in the way of effortless treatment. Problems and symptoms just melt away. Sometimes you can be forgiven for wondering if you ever did have the problem.

So next time you, or yours, are in need of treatment to remove grass seeds, splinters or any other foreign object, consult a homeopath. Or, if you know your way around a home prescribing kit, consult that.