People often ask what the difference between homeopathy and allopathy is, allopathy being the current medical system.

This is in Greek. 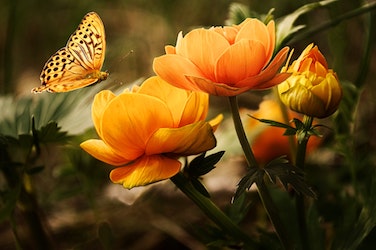 So allopathy is treating disease with agents which are different, such as giving a binding agent to someone with diarrhoea.

Whereas homeopathy treats disease, or poor health rather than disease, with agents that are similar, ie an agent which expresses themselves in a similar way to the personality of the patient. Such as giving someone who is frightened to leave the home, an agent who clams up the instant there is an outside threat.

A Micro View Of Disease And A Macro View The Body

In a nutshell, allopathy looks at the minute details of disease, its agents and the body, using ever more magnifying microscopes. It’s a micro view. A reductionist view. Then their strategy is to kill the offending pathogen or alter the body parts they consider faulty.

Homeopathy looks at the bigger picture, taking the whole patient into consideration. It’s a macro view. It treats the body as already perfect in every detail, with superb abilities to prevent disease and to heal from all disease; but only when the conditions are right.

The conditions include a healthy immune system. It is this aspect of anyone which is normally in such a poor shape as to prevent disease and healing from disease.

The homeopathic treatment aims to restore the immune system to its rightful healthy condition, thus enabling the body to restore health.

So what undermines a healthy immune system, you may ask? What prevents it from operating as it should?

The Three Main Contributors To A Poorly Functioning Immune System?

There are probably countless areas that cause this, but the three main areas are:

The health of the immune system can be restored fully in many, simply by providing a species specific diet that is in balance and nutritious. The more advanced the pathology, the more extra help may be needed. However, the diet remains highly significant.

Toxins abound in our world today, with ever more chemicals being released into the environment. We may not be able to avoid them all, but the main ones are those that are:

Poor living conditions include stress, lack of shelter, not being able to express themselves naturally, noisy environment, lack of contact with the earth, lack of sunshine, lack of exercise, traumas (both physical and emotional), lack of love/respect/harmony, and the list goes on.

The difference between homeopathy and allopathy in application is that:

Who Can Homeopathy Help?

As homeopathy works by restoring a floundering immune system, then it is logical that anyone and everyone can benefit from it, whether they believe in it or not.

Homeopathic treatment can also provide a channel for safe elimination of toxins.

By eating (or feeding) the right diet for the species, by avoiding all the toxins possible, by utilising professional homeopathic support, your life, or those of your loved one, can dramatically improve.

You don’t need to fully understand the difference between homeopathy and allopathy to appreciate the benefits of the former.

Contact me for help with any family member, human or non-human.