Vaccine side effects are under-reported, under-valued, frequently mis-diagnosed and generally swept under the carpet by most of the mainstream medicals. It isn’t in their interest to have such a holy cash cow publicly known to cause truly damaging problems. 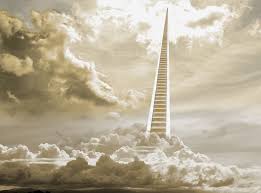 Their constant denial of any problems with vaccines has had a very positive public reaction; vaccines are now generally being talked about, often hotly argued over, but they have come out of the woodwork. Once the heat has simmered down, which may take a while, then reason and respectful debate with show what is true. You cannot suppress the truth for long.

The fact that vaccination side effects are very real is undeniable. Even some medical professionals are asking about recent vaccinations when a child is admitted with a problem, showing they are, at last, beginning to appreciate the problem.

Many argue that the inclusion of poisons or heavy metals (mercury in thimerosol, aluminium, formaldehyde, etc) have a deleterious effect on the body. This is especially so on the young, immature bodies of those targeted. Neurological problems abound, as do allergies.

Highly damaging though they undoubtedly are, I believe vaccines and so vaccine side effects, are only one cause, albeit a major one, in a long list of causative factors of poor health. Others include:

However, in all this public argument about the efficacy of vaccines, the side effects of vaccines and vaccine safety issues, one thing seems to have been missed completely. One very important aspect.

Many holistic practitioners appreciate the wisdom and the total safety of Mother Nature. Despite many claims (mostly from those with a vested interest) to the contrary, there is nothing natural on this Earth that will harm us. That is, if we heed and respect the intelligence of everything else on Earth. And this we are not doing.

We are, or should be, evolving beings. Each generation should be growing in consciousness. When we fail to do so, Mother Earth comes along with the solution. This solution often causes us physical or emotional discomfort, even pain, but if we can process it naturally, we come out with greater understanding.

Parents of old or of unvaccinated children notice this. When a child goes through a childhood disease, they come out the other side as more mature beings. Their drawings are more mature, their reasoning is more mature.

Childhood diseases actually help us evolve. They are not the dangerous problems they are made out to be. This is the true of all pathogens – bacteria, virus, fungi. They are not the enemy. They come with a message. But as usual, humanity shoots the messenger.

This continual suppression of disease by medical treatment also suppresses our immune system as well as our evolutionary process. Chronic disease later on is the result. Homeopaths in South America have been experimenting with using the homeopathic remedy people should have had when they had a fever as a child, with great results. For what, you might ask? For cancer.

This means the fever had a purpose. And not just the known purpose of throwing out a virus. A fever well handled improves the immune system, and just like a child, we evolve. We become more mature.

So along with the well documented and well researched (independently) side effects of vaccinations, there is one effect that is not being talked about. The evolution of humanity.

Perhaps one of the greatest vaccine side effects is the holding back of the growth of human consciousness. Is this more damaging than the physical toll?

2 replies to "Vaccine Side Effects Are Just The Beginning"