Vaccine side effects are a lot more common than either doctors or government agencies would like you to believe. In fact, most deny they even exist, at least after the initial hour or two post vaccine. 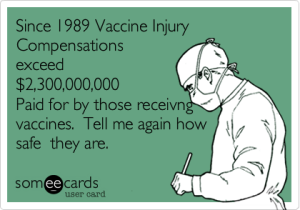 Despite this denial, more and more independent, scientific studies are proving they do exist. Parents have also known they exist. It would take an idiot not to appreciate what had happened when a happy child turns into a distraught one and the only out of the ordinary occurrence was a vaccine.

Homeopaths have always known they exist. But homeopaths are rather an unusual lot as we are trained to look for causes of problems. Any cause, even if it is our own medicine. Rare as it is, it can happen when someone misuses a homeopathic remedy (although the problem invariably goes away when the remedy is stopped).

I often wonder what this era will be referred to, in the future. The age of corruption? Or simply its pinnacle?

Most people think that governments run countries. But this is far from the truth. Governments are simply the shop front, as it were. It’s really the corporations than run the world. Corporations are exercising more and more control over the world, attempting to silence dissenters. Governments are easily bought with the promise of jobs.

Once you realise that corporations have governments in their pocket, it is much easier to see why they deny vaccine side effects exist. Vaccines are big business, and the pharmaceutical companies are not going to let them go easily.

Once you also realise that the pharmaceutical companies play a large financial role in medical schools, the ongoing education of doctors (and veterinarians) as well as their professional associations, you can appreciate why doctors are almost unanimously in support of vaccines.

Once you also realise that one of the main financial supporters of the media are the pharmaceutical companies, then you can start to connect the dots. The media is vital in this vaccine denial process. First they stir up fear in the population. Then they distort the truth. We all know this happens. But it still has an effect on pubic opinion. It seems we are easily manipulated.

There was a time when I would not have believed this could be happening. We are mostly naive and hopeful of the world being full of good people. And mostly, it probably is. But it only takes a few to muddy the waters. I remember a story that illustrates this well.

Having been in the alternative health industry for over a decade, now I am much wiser, having experienced the controlling effect first hand. Now I do know what’s going on, at least to a very small degree.

Because vaccine side effects are denied by all those who are meant to protect you, but the symptoms are undeniable, the patient has to be treated somehow. So the condition is now being labelled under various mental disorders. Of course, the treatment will not cure the problem.

I am sure you have been approached by many so called worthy charities, asking your support for research to find a cure for disease X. Wouldn’t it be more appropriate for a charity to search for the CAUSE of disease X?

Oops, supposing they found the cause were vaccines?

Luckily, when using homeopathy to regain your health, both the possible cause as well as your current symptoms are used to find a matching treatment which will trigger a healing response in your immune system. Then it doesn’t really matter what the cause was, as long as you are getting better.

Check out to see if I can help you.

Vaccine Side Effects Are Just The Beginning 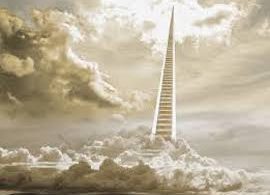 Vaccine Side Effects Are Just The Beginning

Vaccine Injury – Reasons and Ways To Overcome It

Vaccine Injury – Reasons and Ways To Overcome It

Vaccines are used to Sterilize

Vaccines are used to Sterilize