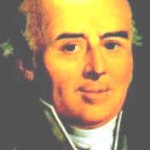 To say Hahnemann was the greatest ever physician sounds rather grandiose, an exaggerated claim, but it derives solely from the pivotal position he occupies, a sober appraisal of what he did, the size of the problems he tackled and the magnitude of the solutions he arrived at.

To view homeopathy against the background of the whole panoply of medical history – is a grand and thus compelling task. It has not yet been sufficiently apprehended from the distance that history requires to integrate it fully and successfully into a broader context of medical reform commencing in the 17th century and enduring up to modern times. Such a noble historical task is made more difficult by those allopathically inclined ‘historians’ who exaggerate scientific developments and thus distort the historical evidence for the natural healing modalities. Until that changes, our fuller view of medical history will remain incomplete: